While the actors do their job on stage, many others are hard at work behind the scenes of the Lantern Theater Company production which is scheduled to run through June 26 in Center City. One of those people is longtime radio news broadcaster Tiffany Bacon. 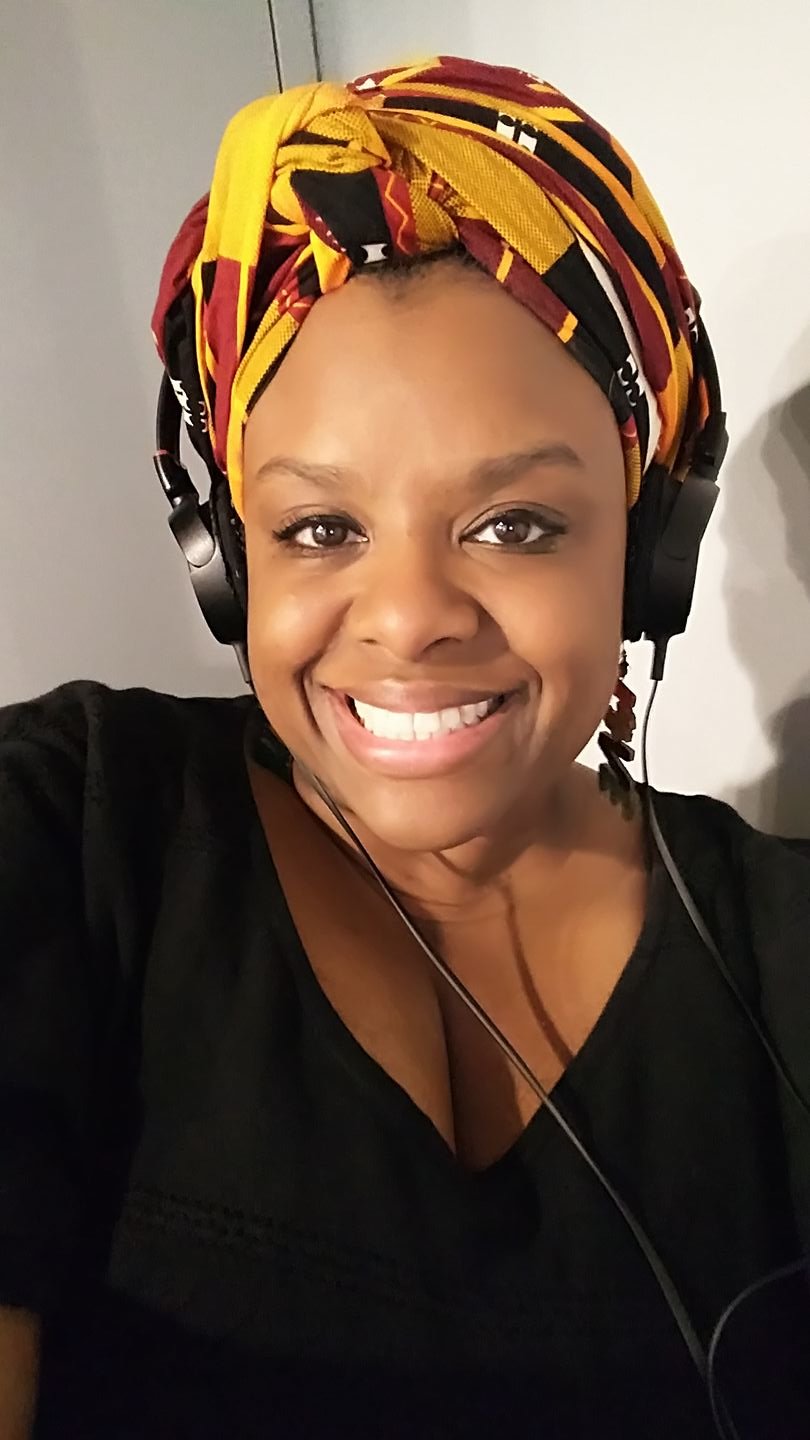 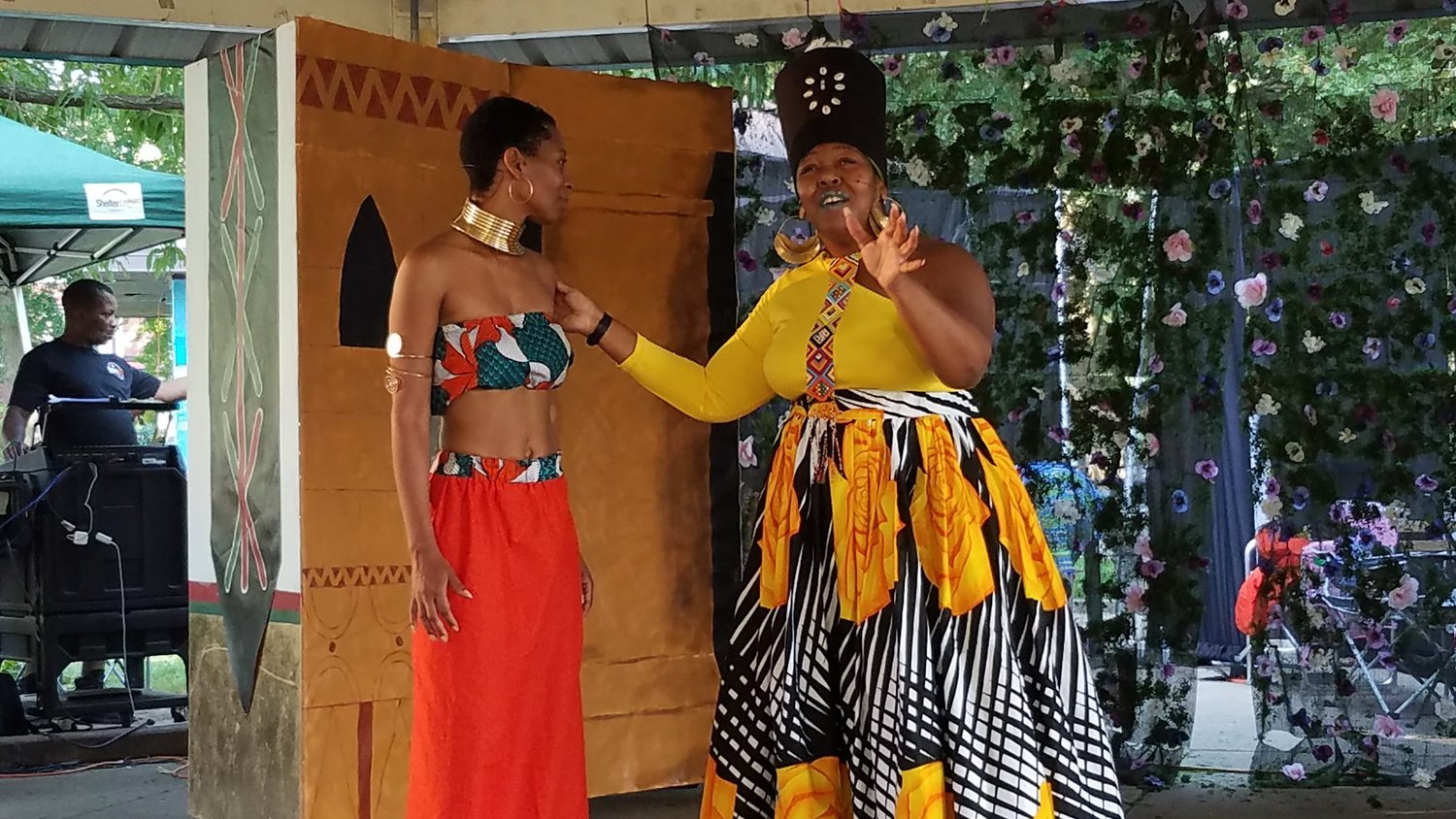 Actors in the Lantern Theater Company’s production of “Fabulation, or the Re-Education of Undine,” wear costumes designed by radio news director and Chestnut Hill resident Tiffany Bacon.
Previous Next
Posted Thursday, June 23, 2022 12:00 am
by Rita Charleston

Undine Barnes Calles has it all — success, love and a fabulous wardrobe. But when her life begins to unravel in one reversal after another, she is forced to return to a life she had long left behind. The character is the center of “Fabulation, or the Re-Education of Undine,”a satirical comedy by two-time  Pulitzer Prize-winner Lynne Nottage that explores whether you can really ever go home again.

While the actors do their job on stage, many others are hard at work behind the scenes of the Lantern Theater Company production which is scheduled to run through June 26 in Center City. One of those people is longtime radio news broadcaster Tiffany Bacon, the costume designer who has produced all of Undine's fabulous wardrobe. Bacon is a Chestnut Hill resident.

“I've lived in many areas of the city, but I purposely chose Chestnut Hill because it's quiet and quaint, and it feels as though I'm living on the edge of the city,” Bacon said. “It's a beautiful area, and I took to it immediately after I discovered it and all its charms.”

Bacon's love of designing, however, came about more by accident. In 2004, she started a small theater company with a friend and had trouble finding costumes. So, Bacon taught herself to sew - and promptly apologized to the actors for having to wear the creations of a costume-designing newbie. But with time, she said, “I got better and better.”

Bacon, 51, actually began her career in radio in 1990 while attending Temple University. Her work at  the university’s radio station, WRTI, sparked a lifelong love for radio and broadcasting. After graduating, Bacon spent a few years at B101, more than a decade at Power 99FM and now hosts her own public affairs talk shows. In addition to her dedication to the field of broadcasting, Bacon has served as a high school drama/dance/broadcasting teacher, theater company founder, casting director, dancer, choreographer, director, TV producer, actress and in her current role, costume designer.

“I don't think you need any specific skills to do what I do,” said Bacon, news and program director at WURD Radio. “I like to describe myself as a storyteller, and so I want all the clothes I design to tell a story. I think designing clothes for modern-day productions is probably the easiest. I study the styles and color palettes and try to make sure the clothes really fit the character. On the other hand, it's a little more difficult to design for period pieces. You have to do a lot of research and meet certain specifications. If people in the audience know the period, they can spot authenticity right away.”

Bacon admits she loves each job she does, from acting to designing to being on the radio. And she does offer some advice for others who might follow in her footsteps. “There are so many ways into these various careers, and I never tell anyone they can't do something,” she said. “So what I would say is to always do your best, and that means whether you go to school or choose the self-taught route. And if you know someone in the theater, make contact with them, expressing what you'd really like to do.”

A trained actor, Bacon has her eye on a big prize someday. She dreams of being nominated for an Oscar for acting and costume design. “I don't know anyone else who does both and could fit the category,” she said, “so why shouldn't I be the first?”

“Fabulation” is scheduled to run through June 26 at St. Stephen's Theater, 923 Ludlow Street in Center City. For tickets, call 215-829-0395.  (The Lantern Theater also has a new location at the former Mt. Airy Presbyterian Church building, 7111 Germantown Ave., but has not yet begun staging plays at that location.)