With the death of Queen Elizabeth, I listened to TV commentators talk about the ascension of Prince Charles to the throne, becoming King Charles III. 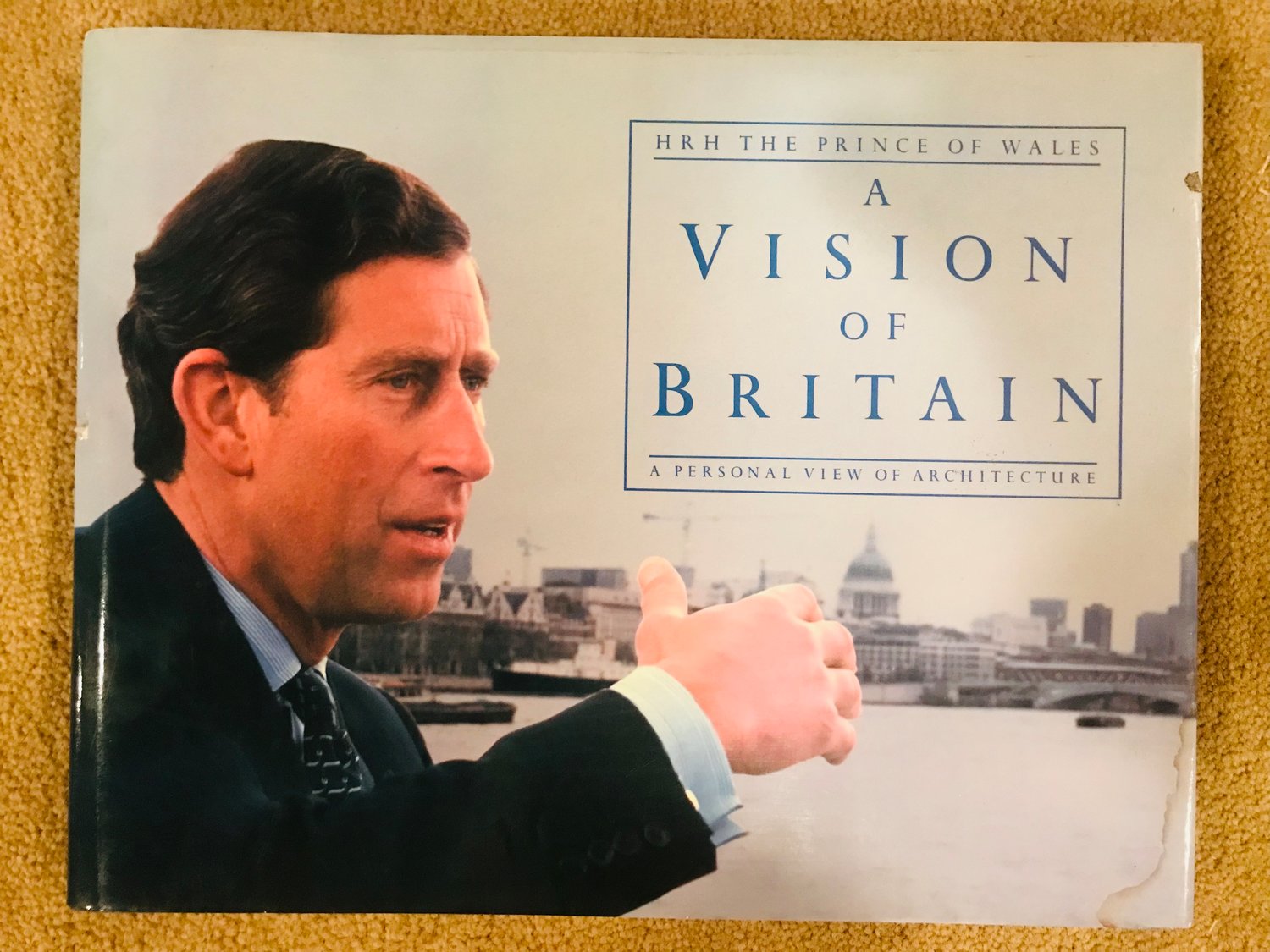 With the death of Queen Elizabeth, I listened to TV commentators talk about the ascension of Prince Charles to the throne, becoming King Charles III.  Since monarchs  govern with an apolitical frame of reference,  I could not help but think about Charles’ interests in the environment, climate change, underserved communities, and especially his views on modern architecture, and wonder if he will be able to put these passions aside.

With this in mind, I was prompted to read again a book written by Charles in 1989, in which he shares his views on the built environment and the role that architecture plays in the quality of life. And to also revive an article I wrote about his book, in hopes that the many architects, designers, developers and planners would find the relevance in his writings, especially in light of the current state of development in historic communities like ours.

Very recently, the New York Times published an article entitled, “When the Prince of Wales Is Your Landlord”.  Knowing that the news these days is heavy with royal intrigue, I was compelled to pull a book from my library shelf that I had purchased way back in 1989. It was titled “A Vision of Britain: A Personal View of Architecture,” and written by none other than Charles, then HRH the Prince of Wales. I had recently returned from my first trip to London, and I was still in amazement over the history and the architecture. And Charles' book provided an unusual look into how he envisioned the built environment of Britain changing, and not in a good way.

I was surprised by Charles' passion for architecture, and more specifically how strongly he felt about how surroundings can directly affect one’s quality of life.  Right from the start, Charles acknowledges his lack of academic credentials related to architecture, design, and planning, and expresses some hesitation about so adamantly decrying the destruction taking place in Britain, all in the name of progress. What is so remarkable about his book is that even after 30 years, the precepts Charles puts forth address everything from the “shear ugliness and mediocrity of commercial buildings” to the “dreariness of urban planning,” and offers a compilation of what he described as “Ten Principles We Can Build Upon” that when properly considered in development planning, can not only positively affect the actual building, but, also, a person’s response to it.

He praises the many intricate features of historic buildings, and states that,
“When a man loses contact with the past, he loses his soul, and if we deny our architectural past, then our buildings also lose their souls.” It is these historic elements that provide a sense of belonging and a sense of order vital to our development as human beings. It is the built environment that can affect people and the lives that they live.

Even though Charles’ focus is on Britain, the Ten Principles he lists are critical to the built environment everywhere, and even more relevant than they were 30 years ago. Which brings me to the recent article in the New York Times. Even though it is Charles’ sons who fill the news these days, the king himself has been quietly addressing his concerns over the demise of historic architecture, the built environment and their relationship to the quality of life.

A planned residential community in the southwestern corner of England called Nansledan is inspired by Charles’ philosophy on architecture and the environment, and his support for traditional housing styles and sustainable development. The village is built as a pedestrian-friendly enclave, with shops, schools, plazas and nature reserves all within a walkable distance.

The community reflects his strong belief that quality of life is directly related to the environment. So if you are one who does not appreciate certain rules, like the color of your home, the design of the facades, or even the types of businesses to be considered, Nansledan might not be for you!

Charles’ influence and the incorporation of his Ten Principles of Place, Hierarchy, Scale, Harmony, Enclosure, Materials, Decoration, Art, Signs and Light, and especially Community, are all reflected within the community of Nansledan.

Realizing that Charles had actually accomplished creating a village that encompasses his beliefs put me in mind of another builder and innovator…one much closer to home. All we have to do is look around the streets of Chestnut Hill and the surrounding communities, and we will see for ourselves the vision of a built environment that also uses those Ten Principles. It is the environment envisioned by George Woodward and his family.

Are we lucky to have this environment and the quality of life we experience? You bet we are! Our only challenge now is to find a way to preserve them.

Patricia Cove is owner of Architectural Interiors and Design in Chestnut Hill, and chairs the Historic District Advisory Committee of the Chestnut Hill Conservancy.  She can be reached through her website: patriciacove.com.