Tony Knighton, a Roxborough firefighter for 30 years, is also the author of the just-published collection of stories, “Happy Hour and Other Philadelphia Cruelties.”[/caption] by Lou Mancinelli … 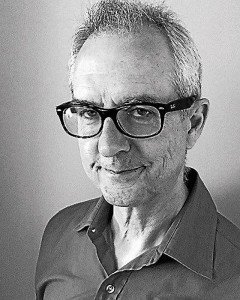 Tony Knighton, a Roxborough firefighter for 30 years, is also the author of the just-published collection of stories, “Happy Hour and Other Philadelphia Cruelties.”[/caption]

He's a barfly, a young con-artist of sorts, a grifter who slips out of a Center City bar with a stolen coat to find $40,000 in cash in one of the pockets. That and an iPhone.

This is how Tony Knighton's “Happy Hour” begins — with a crime and a chase. It leads to Macy's, then down through the subway tube beneath City Hall. Set in Philadelphia, the story is very local, down to the dialogue.

A novella, it's the opening story in “Happy Hour: And Other Philadelphia Cruelties,” Knighton's collection of noir crime-fiction stories published by Crime Wave Press, based in Singapore. For 30 years Knighton has worked for the Philadelphia Fire Department, where he is a lieutenant.

“I think a lot more of it has come from the job,” Knighton said about the dialogue, written the way you'd hear it on the street. “In 30 years I've just about worked in every neighborhood in this city.”

If the opening two chapters of “Happy Hour” are an indication, you can expect these rich nuances to be well-expressed throughout Knighton's work. Born in Pittsburgh, Tony and his family moved to Philadelphia when he was 7. Barring a stint in the U.S. Marine Corps and some time in Toronto, Philadelphia has been his home for over 50 years.

Now 60 and a Roxborough resident, Knighton decided about a dozen years ago that he'd wasted enough time hanging out on a bar stool. Not a fall-down drunk but a dedicated barfly, he would stop for a drink after a long shift, and for firefighters Happy Hour sometimes happens at 6 a.m.

A voracious reader — a major fan of authors he calls “the three John's” — John O'Hara, John Cheever and John Updike —Knighton always thought he could write. Now he would find out if he was any good. “I had just quit drinking and needed something to do,” he said. “My first attempts were pretty bad.”

But he persisted. In the 1970s he spent a semester at Philadelphia Community College. He went back, taking creative writing and English classes around 2005. He met his wife-to-be, Julie, an associate professor of English, there and was encouraged by a professor to send out his work.

Dialogue has always been essential to Knighton's form. One of his early stories was mostly dialogue. Reading it, a professor told him it was strong, “but it's kind of just shooting the shit. It's not really pushing the story along. Good dialogue does more than one thing at once."

"So I started thinking in terms of forward momentum that way,” Tony said. “I had sort of a semblance of the first scene (in ‘Happy Hour’), just the scene in the bar, four or five years ago. I didn't really know where to go with it.” Then just over a year ago a clearer idea shaped in his head about what to do with Bobby, the main character who'd stolen the coat with the 40 grand in it, thus laying out the problem the story proceeded to explore.

He found Crime Wave Press through a search engine service called Duotrope. You plug in the parameters of your book, and up pops potential publishers. Knighton said it was difficult trying to place a novella because it's too short for most agents and too long for an anthology or magazine.

Crime Wave Press got back to him quickly. The eBook was released in June, and a hard copy is in the works. It's stated in his contract that they have first grabs on whatever he puts out next.

In addition to his job as a fireman, Tony has also worked on the side as a roofer and played music semi-professionally for many years.

“Happy Hour: And Other Philadelphia Cruelties” is available on Amazon. For more information, visit tonyknighton.com.

Accessories and texture back in design fashion