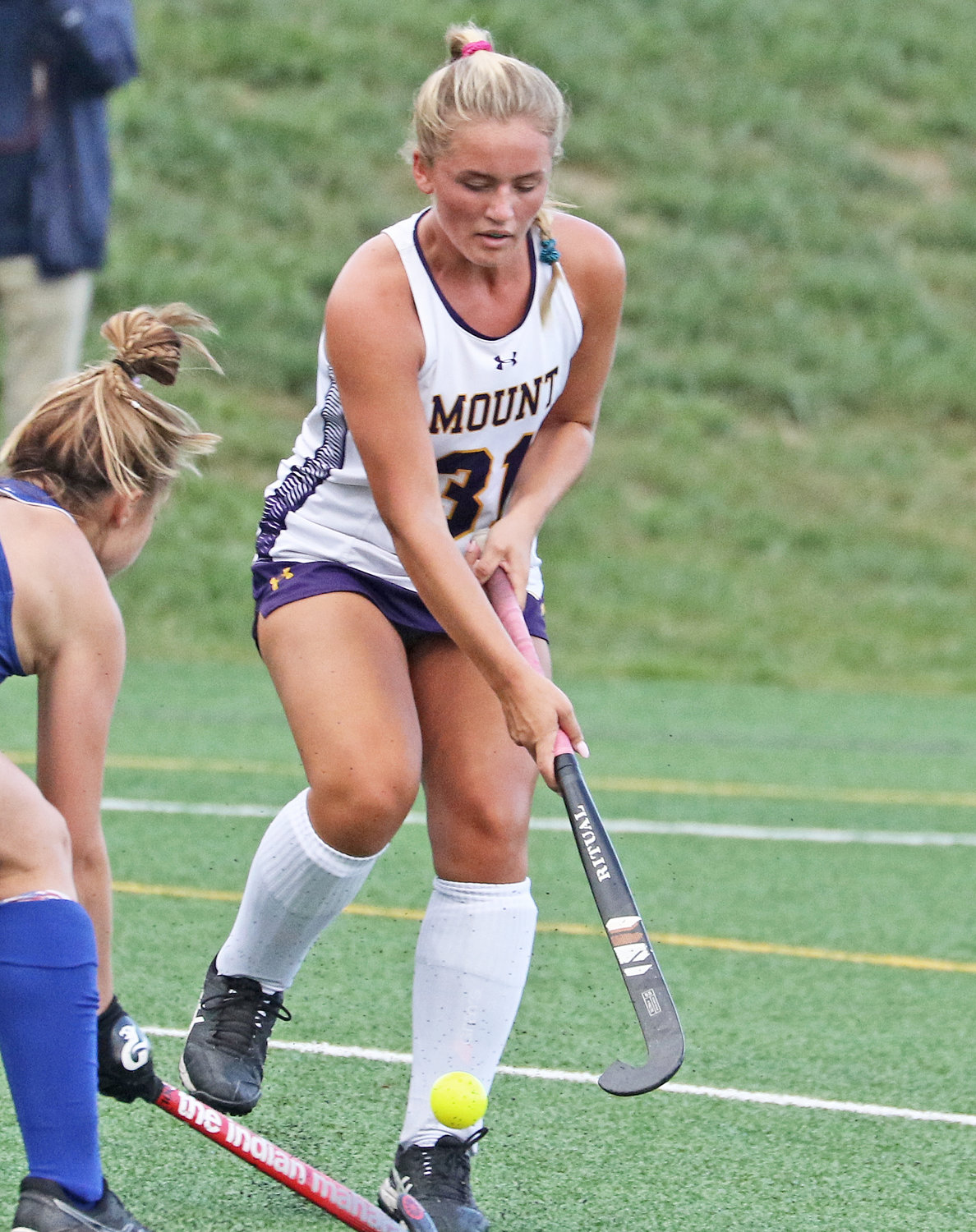 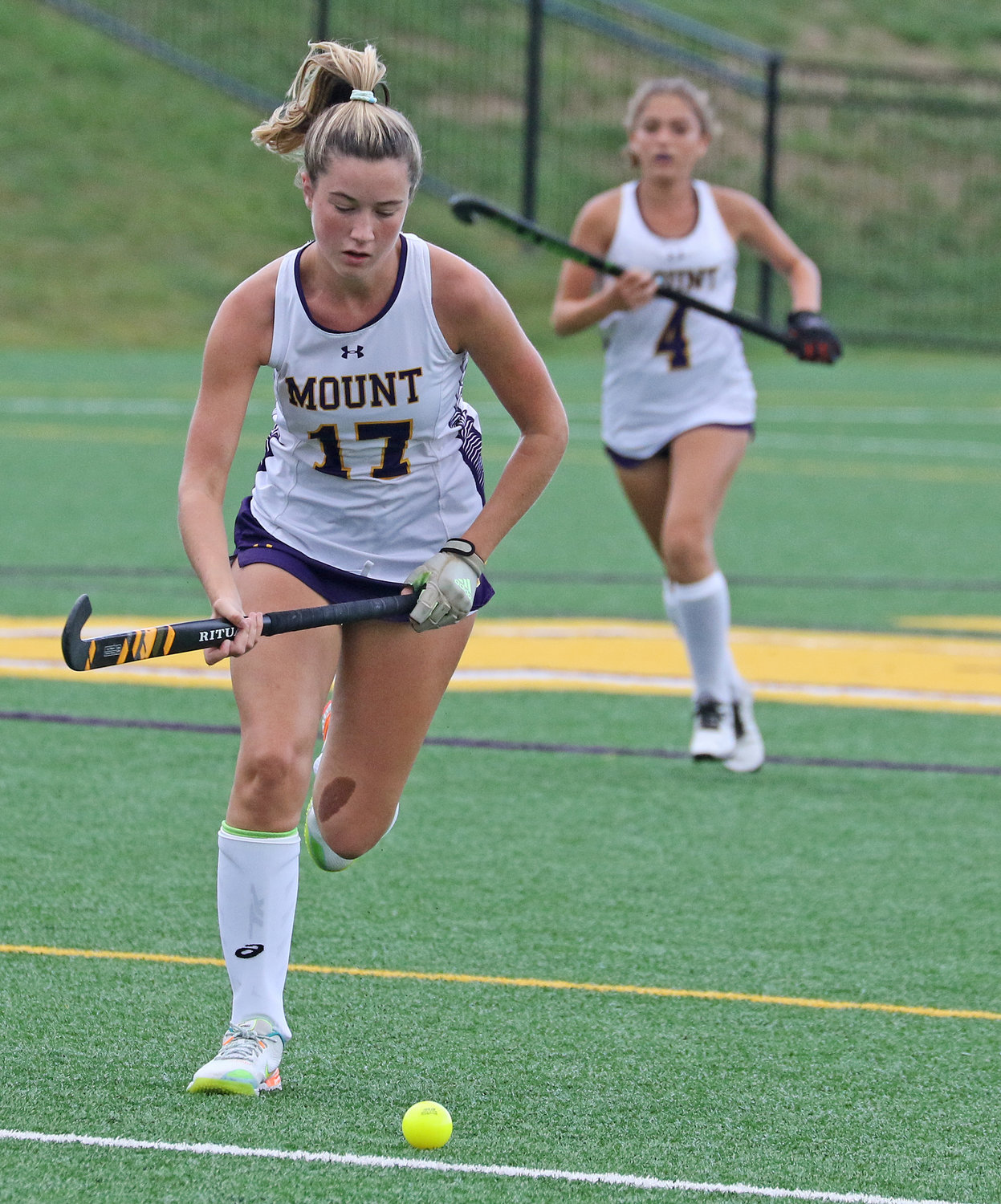 Devin Loome, a senior captain for the Magic, is a product of Norwood Fontbonne Academy.
Photo by Tom Utescher
Previous Next
Posted Wednesday, September 28, 2022 12:00 am
by Tom Utescher

Thursday's victory gave the Mount a mark of 1-2 in the AACA, and the Magic have not lost outside of the league. Earlier last week, they topped Strath Haven High School, 2-1, and the Villa Joe outcome gave the Mounties an overall record of 7-2.

Second-year head coach Kyra Castano is pleased with the performance of all three ninth-graders who made the varsity team.

"Alexa Durand is making some good contributions, and we also have Avery Lasky, who is the sister of one of last year's senior captains," she said. "Nora Massella may be the smallest player out there, but she brings a big presence in the center of the field."

Even within the AACA, there is a great difference in the talent level of teams from top to bottom.

"Every team plays differently," Castano noted, "so we have to adjust to each of them defensively while trying to play our regular offensive game.

"Today," she continued, "it was good to see everybody get a lot of shots on goal and to see us connect a lot on corners. We're working to try and get more corner opportunities. If we're in the circle and don't get a shot right away, I'd like to see us get a corner."

Villa Joseph Marie, nicknamed the Jems, actually kept the Magic off the scoreboard for 10 minutes at the start of Thursday's match, then Scibelli scored off of a pass from Massella with 4:16 remaining in the first quarter.

About five minutes into the second period, sophomore Sienna Noh earned an assist on a goal by Borzi, and less than a minute later two freshmen combined for the third Mount goal, with Lasky setting up a strike by Massella.

Starting the second half with a 3-0 advantage, the Mount rotated in a lot of different players the rest of the way. Loome scored off a corner to make it 4-0 at the end of three quarters. At this point senior goalie Nora Haney, who'd only had to make one save, put on a field player's uniform and handed the goal cage over to freshman understudy Lexi Kelly.

Kelly did not have to make any stops, and the Magic added three more points as Durand scored back-to-back goals and Dachowski finished it out.

Just ahead for the Mount lies an AACA contest against Merion Mercy Academy, a side never to be taken lightly.

"I'm always happy with the effort we bring to every game," Coach Castano said. "The leadership from our senior captains [Dachowski, Haney, Loome, and Scibelli] has helped us greatly."