While Mount St. Joseph Academy graduated five players at various positions from its 2021 volleyball team, the Magic performed well in an August 29 scrimmage. 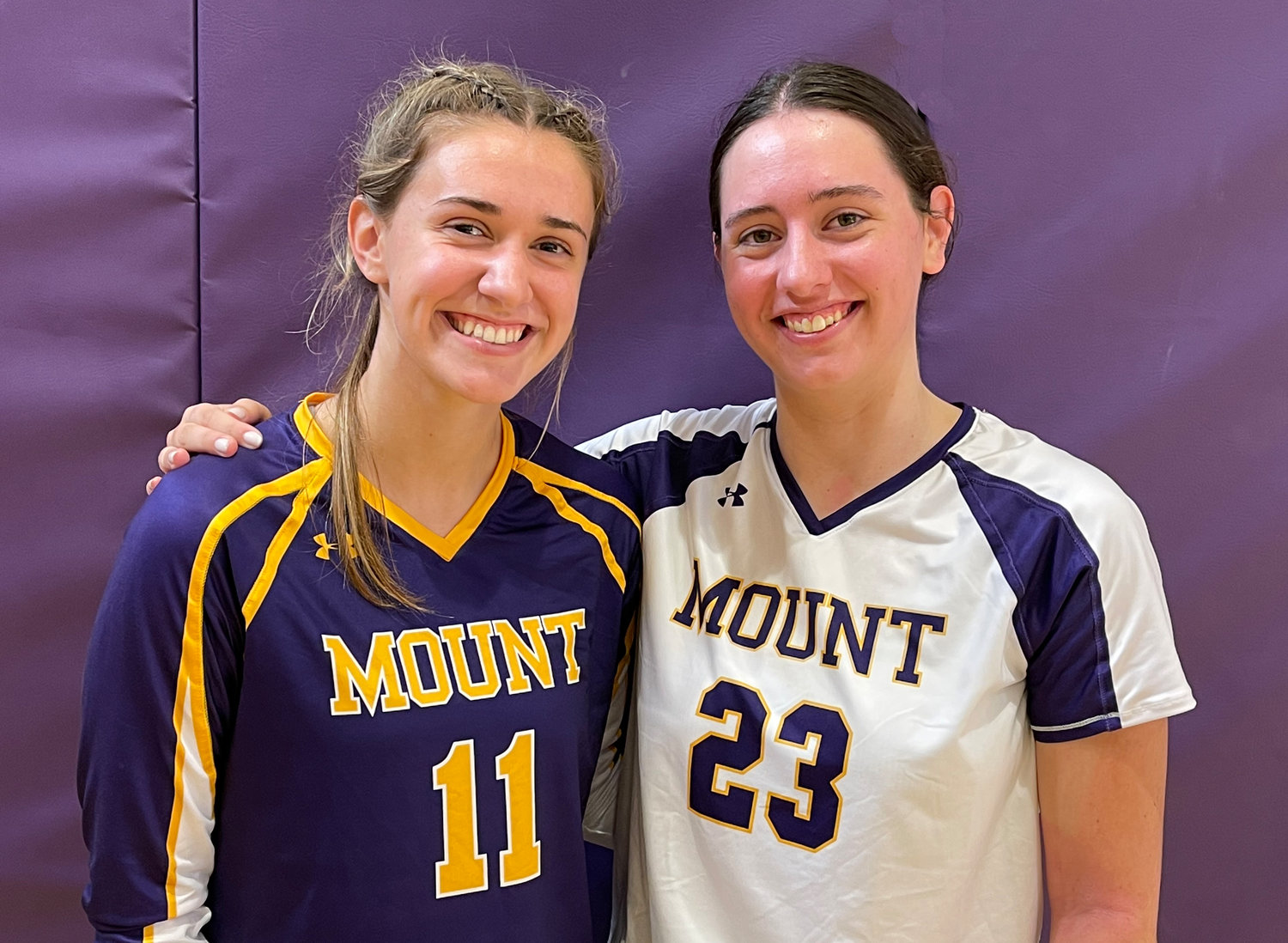 While Mount St. Joseph Academy graduated five players at various positions from its 2021 volleyball team, the Magic performed well in an August 29 scrimmage against longtime Inter-Ac League power Academy of Notre Dame. AND finished second to Agnes Irwin in the league last fall, but then knocked off Irwin to win the Pa. Independent Schools tournament championship.

In Monday's scrimmage the host Magic won the first two games handily, 25-14, 25-16, but in the third the Irish were approaching victory at 23-21 when the Mounties reeled off four points in a row to clinch the match, 3-0. Notre Dame and the other Inter-Ac schools had only had five days of practice, while PIAA programs such as the Mount began fall practices a week earlier.

Head coach Amy Bergin returns for her sixth season with the Magic, and this year she'll be assisted by John McKnight, a club volleyball coach whose daughter, Allie, was a senior captain of the 2020 Mount team.

In the Notre Dame scrimmage Webb, a defensive specialist, was in the starting six on the floor along with seniors Claudia Kasperski (defensive specialist), Daphne Mond (outside hitter), and Georgia Picket (middle hitter) and juniors Sarah Dukissis (setter) and Gillian Manas (right side/setter).

Sisters Taylor and Lauren Montgomery quickly rotated in as hitters; they are a senior and a sophomore, respectively. Also coming into the match early on was senior Alison Williams, in an outside spot.

The other seniors on the squad are outside Sophia Funchion, DS Liz Sadorf, and DS/outside Ava Vespe. Rounding out the initial varsity roster are juniors Kaitlyn Kovatch (OH/RS) and Laine Giovanniello (OH).