Castellanos, who currently dances with the Charlotte Ballet’s second company (sort of like Triple-A in baseball), has been promoted and will be a full-time paid professional in the North Carolina troupe’s primary company next season. 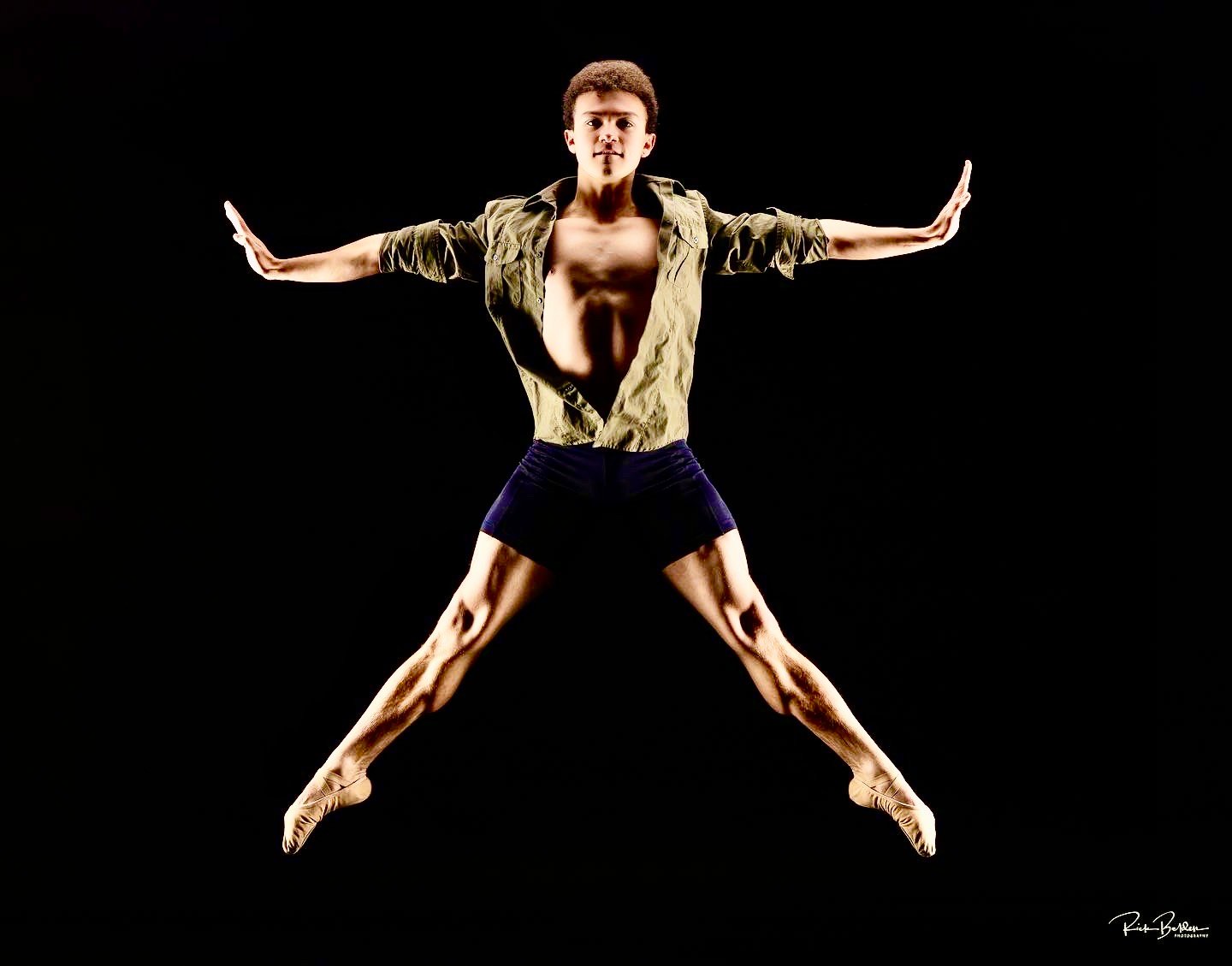 Everyone who had ever seen Juan Castellanos dance pretty much thought the same thing: This kid has a great future if he sticks to it. And now the Springside Chestnut Hill Academy graduate is proving them right.

Castellanos, who currently dances with the Charlotte Ballet’s second company (sort of like Triple-A in baseball), has been promoted and will be a full-time paid professional in the North Carolina troupe’s primary company next season.

“I started with classical ballet,” said Juan, who grew up in Chestnut Hill and Mt. Airy, “but I also love contemporary and cutting-edge ballet. I wanted a company that does it all, and that was Charlotte. I also applied to colleges to be a dance major, but Charlotte had a genuine interest in me. Going there was one of the best decisions I ever made.”

Castellanos will be returning to the area along with 11 other alumni of the Metropolitan Ballet in Jenkintown for the company’s 25th anniversary gala performance, scheduled for 4 p.m., June 4, at the Muller Theater on the Abington Friends School campus.

The dancer, who trained at Metropolitan’s dance academy from ages seven to 18, attributes much of his success to the company’s founder, Lisa Collins Vidnovic. “I would not be where I am today without her,” he said. “I am very grateful.”

Born in Dublin, Ireland, Castellanos was just four years old when he immigrated to the U.S. with his family. His mom, Ann Margaret O'Malley, teaches dance and was a skilled Flamenco dancer. His dad, Juan Castellanos Sr., is a percussionist originally from Cuba. Two younger sisters, Annabella, a SCH sophomore, and Elizabeth, an SCH alumna, have both studied at Metropolitan Ballet.

Over the years, he has performed a variety of principal roles, including  the prince in “Cinderella,” and Puck in “A Midsummer’s Night Dream.”

In addition to all-day rehearsals, it meant working out in the gym two or three times a week, and eating well. “It's very difficult on the body, just as demanding as any other sport,” he said.

But he loves it - even knowing that the lifespan of a professional dancer is short.

“I wake up every day anxious to dance, knowing I have a great opportunity,” he said. “I have seen the opportunity taken away from so many. It is a privilege to do this. I'd like to do it for 15 years. In Charlotte,we have some who are in their late 30s and are still in top form. That's what I aspire to. And then maybe opportunities to teach, mentor and choreograph.”

It’s a passion that’s always been apparent to the people who’ve been paying attention.

“Juan has already caught peoples’ eye as someone who has the potential for a big future,'' Ellen Fishman, SCH chair of arts & new media, told the Local in 2019.  “It’s the beginning of what can be a really wonderful profession.” Roland Woehr, director of SCH’s vocal workshop, Chamber Singers and other vocal programs, said Castellanos’s singing is just as impressive as his dancing. “Always a fantastic singer ... Juan does more than sing,” Woehr has said. “He sings with power and precision. He is a gem.”

When asked who his favorite dancers are, Juan quickly replied, “I love Rudolf Nureyev. I still watch him and am still in awe. You can see his passion, and his dancing is perfect. Also Ivan Vasiliev with his power and energy. Also Carlos Acosta, who has a very clean technique and movement. And [Mikhail] Baryshnikov may be the best male dancer ever! Such great passion. He learned a lot from Nureyev.”

For more information about the June 4 performance, visit metropolitanballetcompany.org Metropolitan will hold an audition for boys on June 11, at 9 a.m. No prior experience is necessary. Len Lear can be reached at lenlear@chestnuthilllocal.com